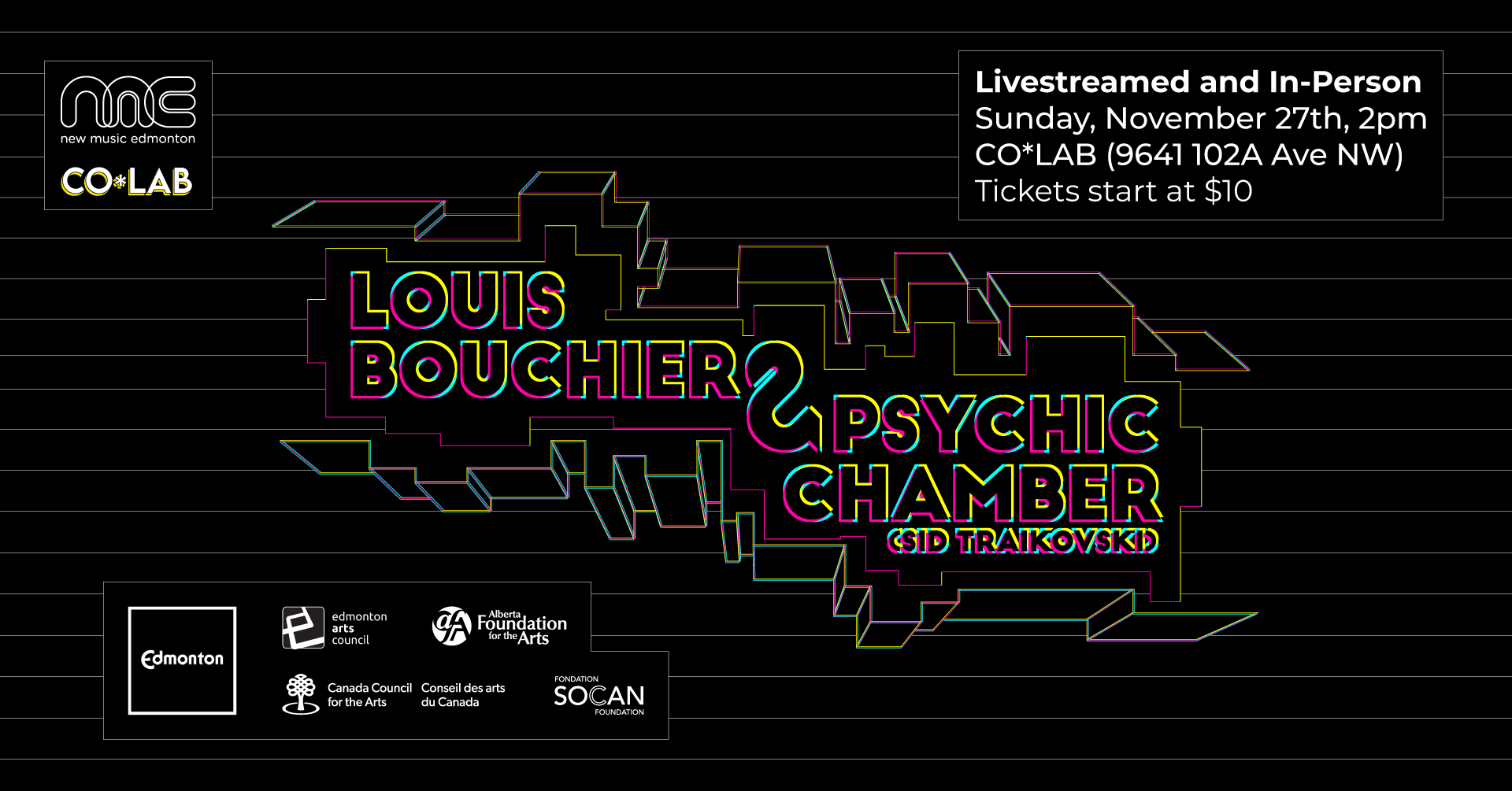 Louis Bouchier: As an active member of the Alberta music scene, Louis has toured Canada and parts of Europe with Alt-Country upstarts The Uncas and Marystown. While attending University of Alberta (BA Music/Native Studies ’10), Louis learned composition, improvisation, sampling, sequencing, looping, various hardware and software combinations. This exploration has carried over to the group Sampler Cafe where he performs under the moniker Dichotomos. As one of the members of the performative/educational group, Louis improvises electronic music while educating the public on sampling and performance.

Echoed Words: Having recently lost my father to late stage Dementia and my older sister to Covid-19, I am left to mourn and ponder my own mortality. I was an active member of my family musical traditions and sometimes played together. I helped my father with his Metis fiddle traditions and created hip-hop instrumentals for my older sister to rap over. This piece will take parts of their voices and combine them with my exploration of live looped electronic sounds, drums and visuals.

Psychic Chamber is an experimental ambient project by Sid Trajkovski, a multi-instrumentalist Edmonton-based musician whose music work has extended from the post-punk band ‘Blood Bitch’ (2012-2017), the solo industrial project ‘NAG’ (2017-2019), and the solo electro project ‘Floor Function’ (2019-2020). Started in 2021, Psychic Chamber draws influence from ambient, experimental, and new age music such as legowelt’s ambient work and Joanna Brouk. Psychic Chamber envisions music creation from an angle that challenges restrictions and limits through experimentation, whereby the project is able stripdown expectations over what the artist is doing as far as song structure and instrumentation is concerned. Psychic Chamber aims at creating a relaxing and at times psychedelic, trance-like space to be navigated via flute.

Conditional States: At this stage of its development, Psychic Chamber has produced an experimental ambient album titled “Conditional States” to be released by Pseudo Laboratories by the end of 2021. Every track of the album imagines a fictional fantastical world, providing vignettes to flesh out its universe – for instance, “Conversation Between The Sword and the Neck” tries to capture a sense of imminent danger and dread around being imprisoned in a dungeon while awaiting trial, in contrast to “DNA Garden” which portrays a carefree attitude wandering around a meadow. Instrumentally, Psychic Chamber paints a musical vision by working with found sounds and intentional samples as well as synths, midi virtual instruments, and flute. As a cohesive musical work, the artist invites listeners to lay down and meditate their way through the album, welcoming forms of lingering and losing oneself through the sound into finding themselves travelling a different world.